Please ensure Javascript is enabled for purposes of website accessibility

Ailene Pritchett Tarap (it’s pronounced “Eye-lean”) is the great-granddaughter of John Stewart, who founded our family ranch in 1904. Like her mother and grandfather, Ailene grew up on the Stewart Ranch property raising cattle and a little bit of Cain. She learned to drive in a tractor hauling hay for the animals, and rode every inch of the ranch on the pony she got at five years old.

Today, Ailene is the mastermind and visionary behind Belted Vines. When she’s not welcoming guests for tastings, she trains and shows Belted Galloway cattle, Quarter Horses, and Miniature Horses in shows all over the country.

Ailene’s favorite way to eat ground beef is a good old juicy hamburger, on a brioche bun with everything on it. Red onion, green leaf lettuce, applewood smoked bacon, maybe a bit of maple syrup — if it’s in the fridge, she tries to put it on there. Paul does most of the cooking, but Ailene’s blackberry pies (made from the berries on the hill) are a longtime family favorite.

Paul Tarap is Ailene’s husband and the man in charge of the cattle and vineyard operations at Stewart Ranch. Paul grew up around Lake Berryessa and has fond memories of working with his grandparents on their dairy farm. From an early age, he drove the family’s 4WD truck while his grandfather pitched hay out the back and yelled directions. Paul’s family did all the processing themselves on the property, and taught him to make good use of every part.

Paul has led ag youth programs for years, and originally met Ailene through her kids’ involvement in 4-H. In 2000, he founded a non-profit ag education program for disadvantaged and at-risk youth that has grown into the 501(c)(3) Ag4Youth Napa — the only nonprofit of its kind in California.

Paul is also the creator of the family’s famous PT Burger: a huge ¾-pound patty seasoned with salt, pepper, Worcestershire, garlic, cilantro, onions, salsa, and parmesan cheese. You basically don’t need to put anything on it because it’s all in there already. Just add a brioche bun and a slice of Ailene’s blackberry pie.

James McGlothern is Ailene’s son (Robert’s fraternal twin) and the head of sales and marketing for Belted Vines. His early summer jobs in viticulture and Napa Valley tasting rooms grew into a passion for wine and a career in the business. As an Area Manager for Southern Glazer’s in Houston, he spends less time at the ranch than he used to these days, but you might spot him if he’s in town.

By the time they were ten years old, James and his twin brother were halter breaking Stewart Ranch calves in 4-H. It took a lot of persistence (and food bribes) to get those 300-pound babies walking on a lead, but James loved working with the animals. He even trained one of the dairy calves he’d raised, Julie, to let him ride her like a horse when she grew up.

James is a filet mignon guy: medium rare, maybe a black pepper marinade, but nothing else. With hamburgers, though, he piles on the lettuce, tomato, onion, mayo and mustard – and no ketchup. Ailene never let her kids ruin their beef with ketchup, and the training stuck.

Robert McGlothern is Ailene’s oldest child (one minute older than James*) and the head of grounds management at Belted Vines. In his free time, he works as a full-time firefighter for the Napa State Hospital Fire Department, an EMT for American Medical Response, and a volunteer fire captain for the Carneros Volunteer Fire Department. He likes to stay busy.

Robert’s favorite memories on the ranch are sledding down every hill on the ranch with his twin brother, skidding down the slopes on a piece of cardboard to slam into the fence at the bottom. It’s a miracle they never broke anything. He laughs looking back at the summers where the family had ground beef for breakfast, lunch and dinner because that’s all they had in the freezer. Even today, a little creole seasoning makes scrambled eggs and beef his go-to breakfast.

For Robert, the ultimate cut of beef is filet mignon or a cowboy steak barbecued over charcoal with salt, pepper, and maybe a little Worcestershire.

*James argues that since their mom had a C-section, her doctor – not mother nature – chose who was going to be the oldest.

Paige “Pookie” Ward is Ailene’s youngest and only daughter, and Belted Vines’ Event Coordinator. Growing up, she kept busy raising her market steers in 4-H and winning the Napa County Fair Grand Champion title five times in eight years. When she wasn’t working with her cattle, she lent a hand with ranch work, but her fondest childhood memories are picking the blackberries that grow wild on the hill behind the Old House – the ones Ailene loved (and still loves) to bake up into pie.

Paige continues to work her magic with ranch animals today, though she’s not in Napa that often anymore. She lives and works as a large animal veterinarian in northern California, which keeps her busy during the week.

Like the rest of her family, Paige enjoys a simply grilled steak – a medium-rare ribeye is her pick, seasoned with just salt and pepper. With the all-important burger though, she’s a bit of a renegade, preferring hers on a potato bun with mayo and melted Swiss.

Learn More About Us 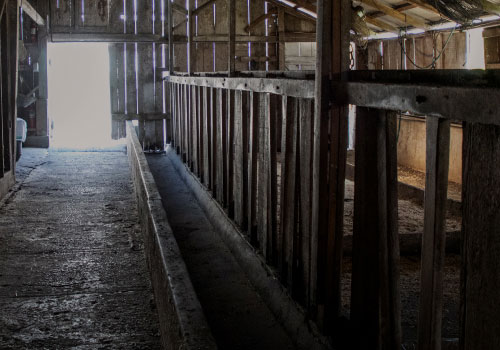 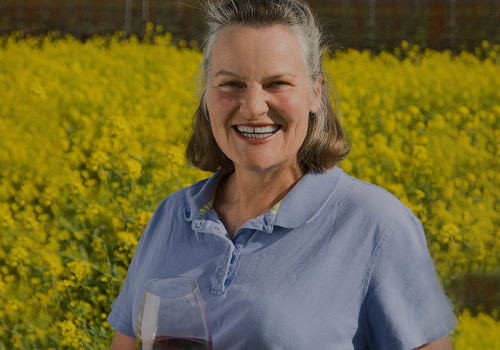